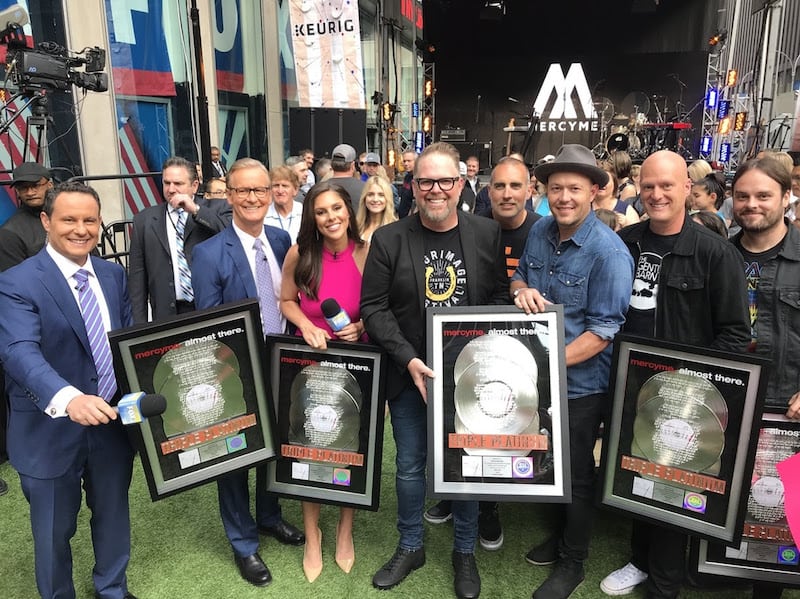 All-American Summer Concert Series Ahead of?

I Can Only Imagine?DVD Release

It continues to be a landmark year for the multi-platinum selling MercyMe. A major motion picture based on the life of frontman Bart Millard who wrote the mega-hit song “I Can Only Imagine? after the loss of his father opened at a remarkable No. 3 at the box office on Mar. 16, 2018 (Lionsgate, Roadside Attractions). Carrying the same name, Millard?s first memoir also released this year followed by the unveiling of?I Can Only Imagine ? The Very Best Of MercyMe.?MercyMe was recently named Top Christian Artist at the 2018 Billboard Music Awards, and was the top winner at the fan-fueled K-LOVE Fan Awards including a win for Artist of the Year. The group is the current GMA Dove Award Winner for ?Artist Of The Year.?