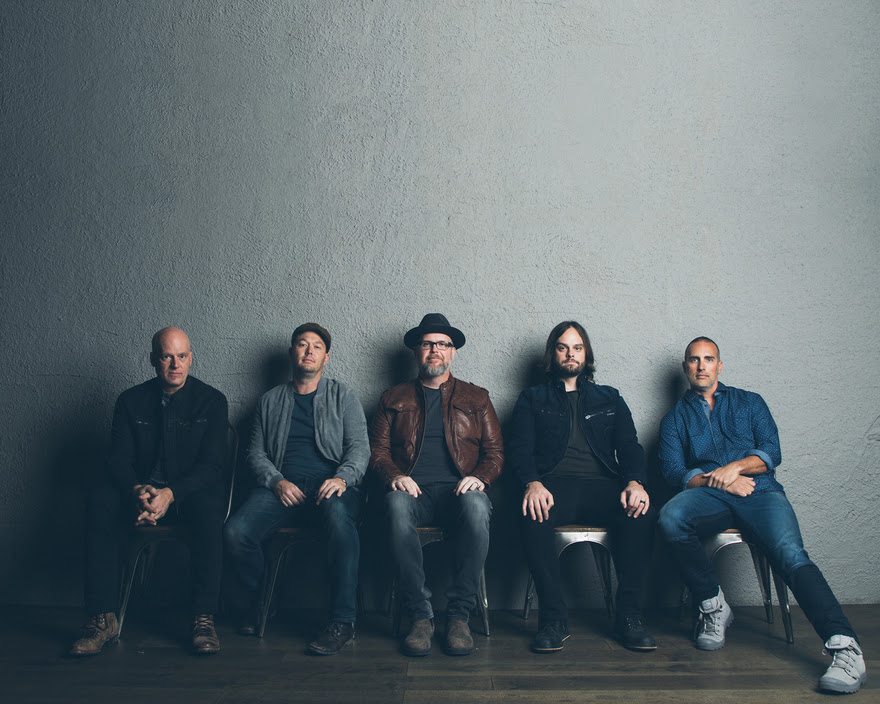 Film, Book And Nationwide Tour Up Next For MercyMe.

Nashville, Tenn. (Jan. 22, 2018) ? MercyMe?s landmark album Almost There has been RIAA certified triple platinum (3 million albums sold). In addition, their most recent #1 hit single ?Even If? was certified Gold (500,000 singles sold). The multi-platinum selling band will attend Sunday’s 60th GRAMMY? Awards where ?Even If? is up for Best Contemporary Christian Music Performance/Song while their latest chart-topping album Lifer is a contender for Best Contemporary Christian Album.

“In the span of MercyMe?s 23 year career I never would have guessed that we would be celebrating our first hit along with our most recent hit,” shares MercyMe’s Bart Millard. “We are eternally grateful for all of the support we receive.”

The much-anticipated new movie, ?I Can Only Imagine,? a true story based on the life of Bart Millard who wrote the mega-hit song ?I Can Only Imagine? after the loss of his father to cancer, opens in theaters Mar. 16, 2018. A new theatrical trailer has been released following 40 million people viewing the teaser trailer. Carrying the same name, Millard?s first memoir is available for pre-order now and on-sale Feb. 13, 2018. The book chronicles the unexpected journey of his life and the divine inspiration behind the mega-hit song, delivering a message of hope to those who seek reassurance in the face of despair.

The “MercyMe Live” Tour will unite the band with Tenth Avenue North alongside Tim Timmons for a three month stretch where the line-up will visit over 20 markets including Dallas, Nashville, Minneapolis, Atlanta and more. For the latest information on MercyMe, visit www.MercyMe.org.

GRAMMY? nominated LIFER is available at iTunes, Spotify, Amazon, Google Play, Cracker Barrel, LifeWay and more.
About MercyMe
Since their debut in 2001, GRAMMY? nominated, multiple American Music Award and Dove Award winners MercyMe have sold more than 9 million units in CD, single and DVD sales, garnered more than 57 No. 1 multi-format radio singles and four consecutive mainstream radio hits with ?I Can Only Imagine,? (No. 4 AC/Top 25 on Top 40/Hot AC), ?Here With Me? (No. 4 AC), ?Homesick? (Top 10 AC) and ?So Long Self.? MercyMe made history in 2014 as ?I Can Only Imagine? surpassed 2 million digital downloads, making it the first song in Christian music to go platinum and double-platinum in the digital domain. The album containing the hit, Almost There, recently received triple platinum certification from the RIAA. In 2009, Billboard named MercyMe’s “Word Of God Speak” the No. 1 Song of The Decade and the group the No. 1 Artist of the Decade in both the Christian Songs and Christian AC Songs categories, recognizing them as one of the industry’s most notable talents. They have sold out venues throughout the US and Canada, including Radio City Music Hall, and have appeared on the Macy?s Thanksgiving Day Parade, The Today Show, CBS This Morning, The Tonight Show with Jay Leno, FOX New Channel’s FOX & Friends, CNN, ABC News and in the pages of Entertainment Weekly, The New York Times, USA Today and more. MercyMe?s eighth studio album, Welcome To The New, garnered two GRAMMY? nods, four radio hits, has been certified gold by the RIAA and continues to be a top selling title. LIFER, their latest chart-topping, GMA Dove Award winning and GRAMMY? nominated album, includes the RIAA certified gold, smash hit “Even If? which dominated the Billboard and Mediabase radio charts with a 19-week streak at No. 1 and earned a GRAMMY? nomination.