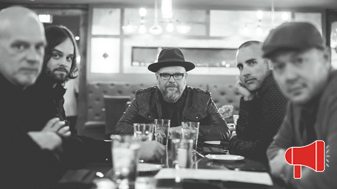 MercyMe’s LIFER?earned debut placements across multiple charts, including No. 10 on the Billboard Top 200 and No. 1 on Billboard Christian Album Charts. Throughout the street week of the album,?LIFER?sat atop the iTunes Christian Chart, while hitting No. 2 on the?overall?iTunes and Amazon Music Charts. LIFER also pulled in No. 1s internationally, garnering the highest chart placement on the iTunes Christian & Gospel Albums Chart in India, Singapore, Switzerland, United Kingdom and Italy.?The GRAMMY? nominees?latest chart topper follows a string of top releases for the band, including 2014?s RIAA Gold Certified?Welcome To The New

Simultaneous to the success of the record, “Even If” has topped both the?Billboard Christian AC Indicator and Soft AC Charts while landing in the top 5 at Billboard Christian AC Monitored and Christian Airplay Charts. The first single from the awaited project has kept the No. 1??spot on iTunes and the Nielsen Christian tracks chart since its release on Feb. 17.?MercyMe appeared on FOX & Friends to perform their hit single the day after the album drop.